AccessBank has been a driving force for my business. I won’t be looking in any other direction.

Growing up in war ridden Liberia, J. Smith Junior had to earn money for the family by selling candy in jars outside Waterside Market, the largest market in Monrovia. When in 2006, the government prohibited street vendors, he was lucky enough to find the support of a businessman, who helped him with a small amount of money and he started selling biscuits inside the market.

In 2011 a friend told him about AccessBank. J. Smith immediately applied for a loan and to his surprise AccessBank was willing to take on the risk and lent him 700 USD. He urgently needed this money to keep his business running. From there on his business continuously increased and he managed to construct his own little shop. Today he directly imports his goods -a wide selection of party items- from China.  He is proud of being able to pay for the solid education of all of his 10 children. His eldest son has graduated from high school and is now attending University. 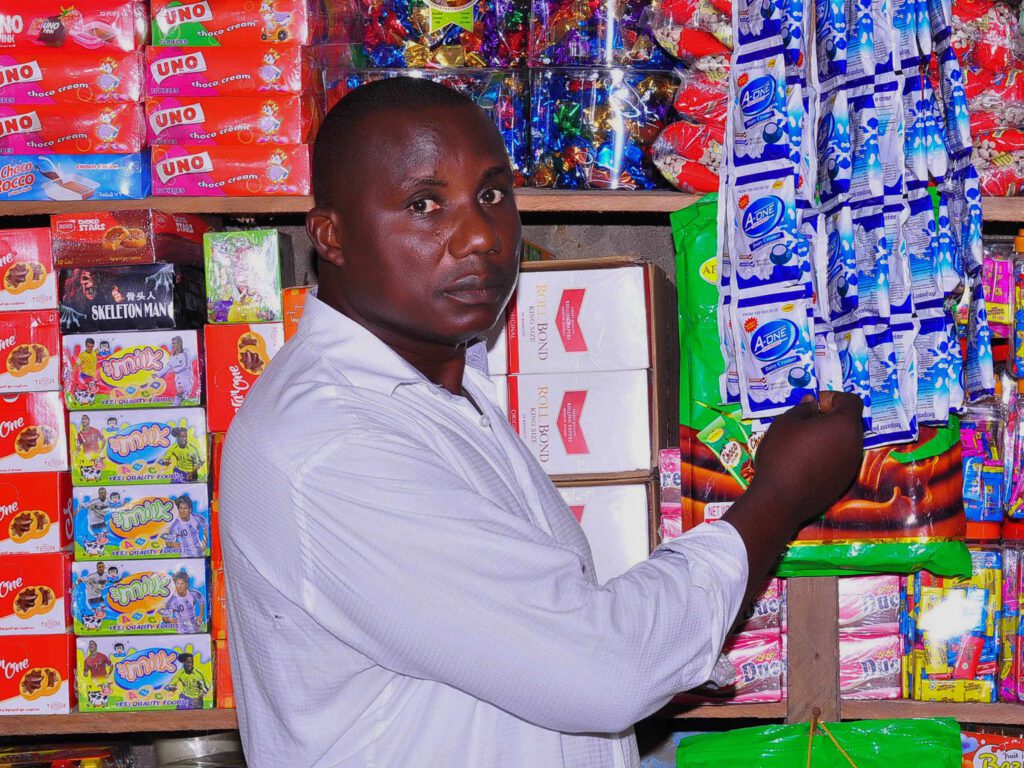 Whilst most of his time is spent in managing his business of selling party items, the major part of his income is generated through the farmland he owns. Throughout the years in trading, he steadily invested profit of the business into the acquisition of farmland – his main source of income.

“AccessBank has been a driving force for my business. I won’t be looking in any other direction.”